Jonathan was a New York firefighter (he is now retired) and he served our country in the most amazing way possible– by fighting as a firefighter on September 11th in New York City during the terror attacks in 2001.

Jon fell in love with New Orleans and the people of New Orleans when attending Mardi Gras, after being invited to ride in one of the major parades. He has attended over a decade of Mardi Gras & other events in New Orleans ever since then. Coupled with the fact that Jonathan’s parents met in New Orleans, it was a perfect place to be married. 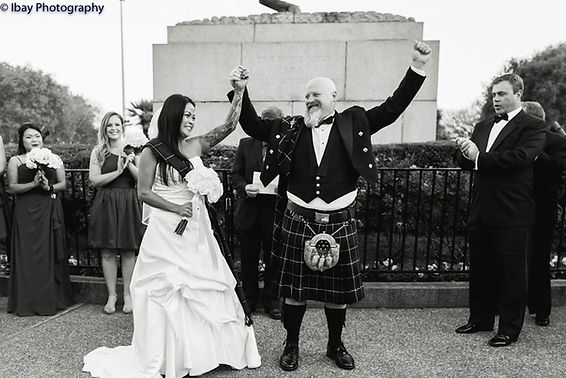 We were so happy to be able to be a part of their special day and make all of their dreams come true!

The wedding was officiated by one of Jonathan’s fireman friends from New Orleans who helped Jon’s fellow firemen brothers after Hurricane Sandy hit the East Coast. 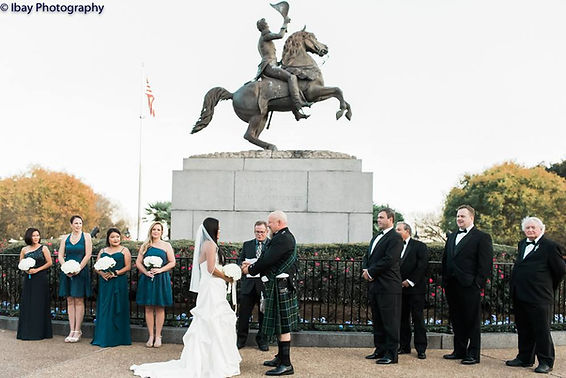 After the wedding, there was a huge second line from Jackson Square, to the reception site, which was located at the Marriott Riverview Room. The second line was one we’ll never forget! 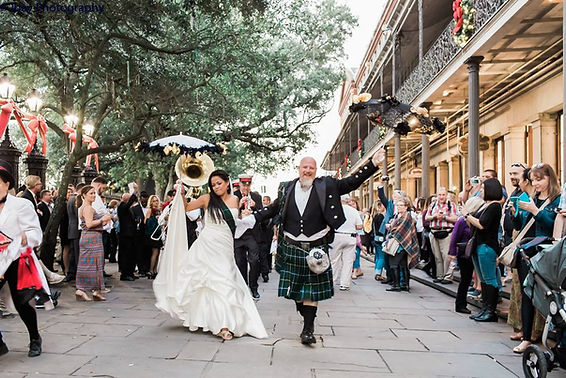 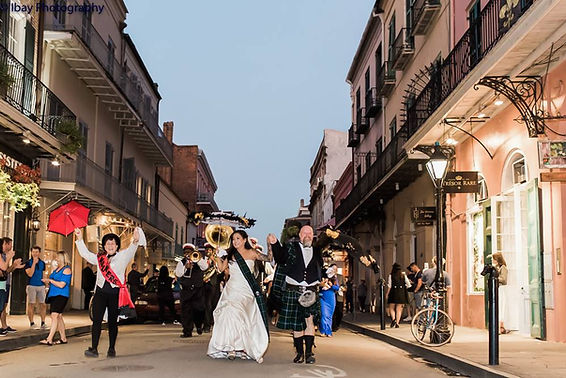 Because Jonathan’s parents met at Preservation Hall so many years ago, the second line stopped there and a toast was given to the parents of the groom, in a perfect touch to include them in the special day’s events. The groom also wore a kilt with the plaid of the Henderson clan. 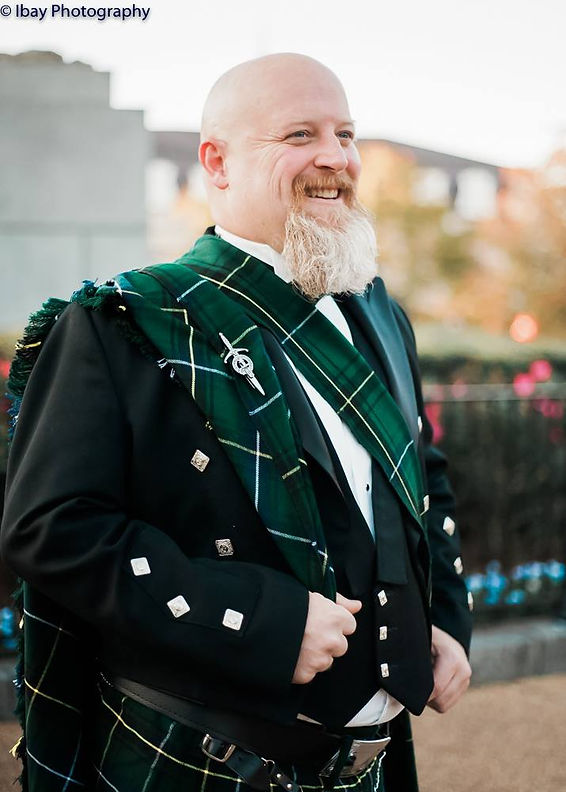 The bride was stunning in her dress, and hair and makeup by Fairytales & Bride.

The colors were navy blue & yellow, combined with the traditional Mardi Gras colors. 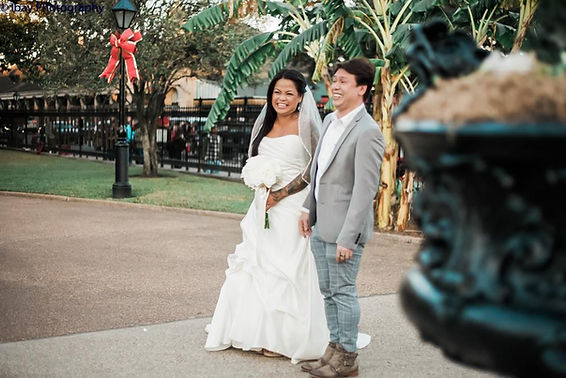 The groom’s cake was a King Cake and both cakes were decked out in purple, green, and gold: 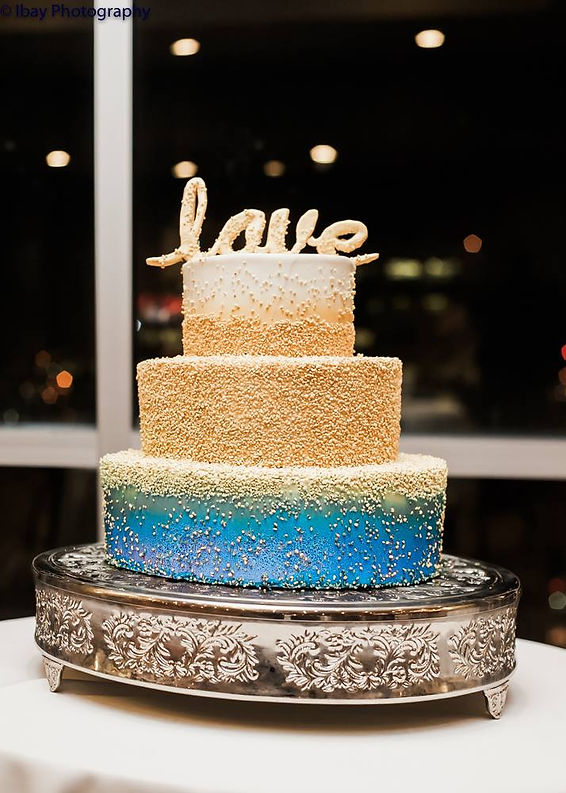 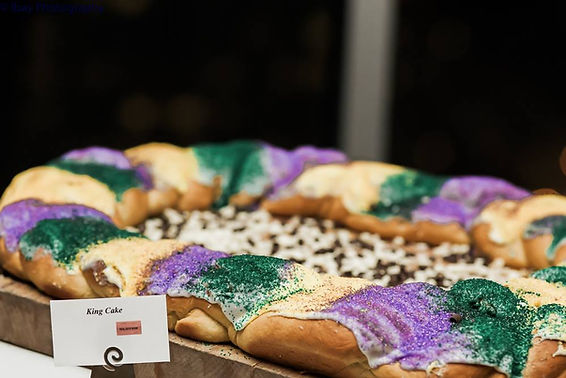 The couple now lives in Florida, and we hope they’ll return to New Orleans to celebrate special occasions for the rest of their lives together! 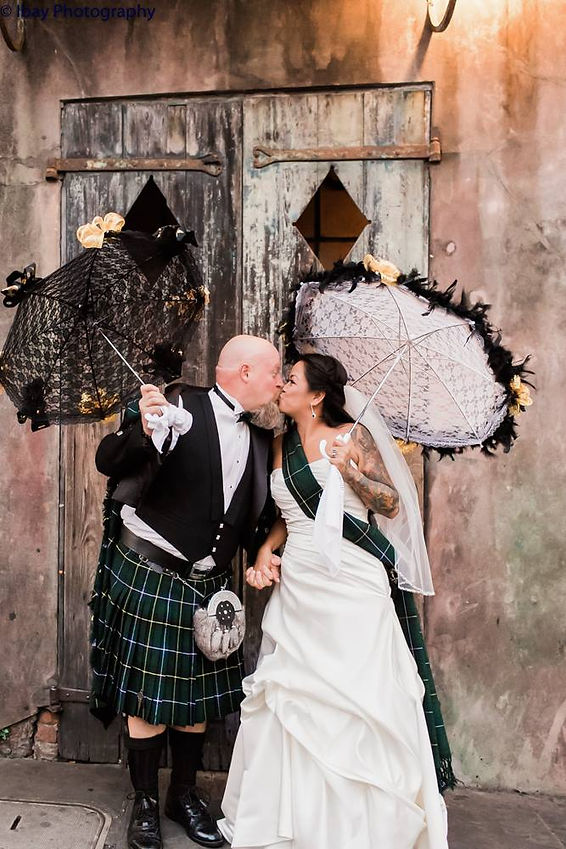 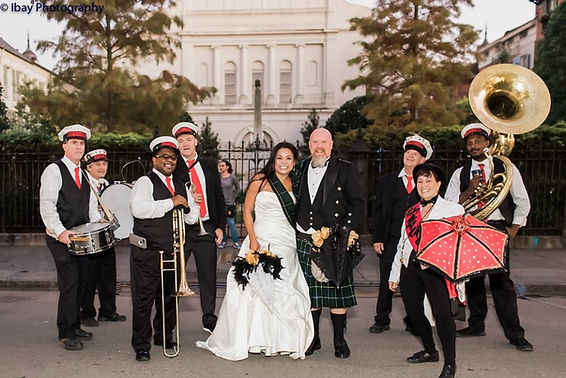 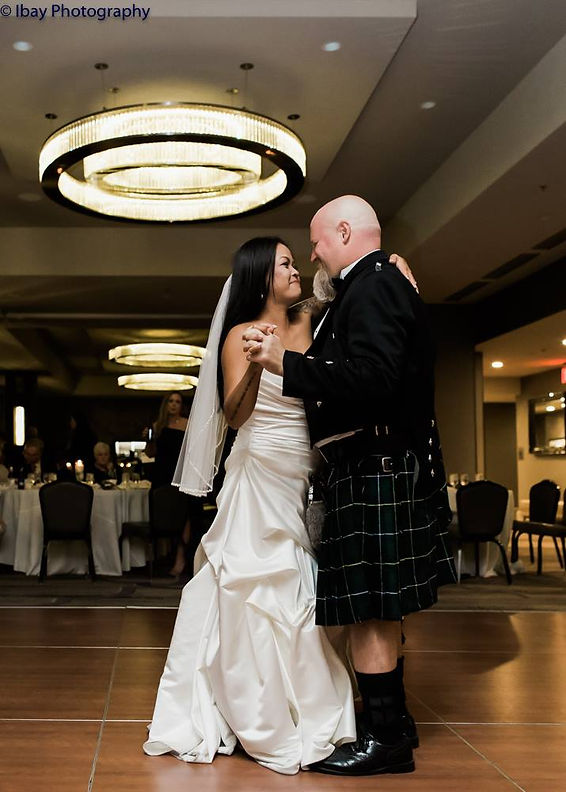 Wedding Planners: PK Events & I Do By PK Events 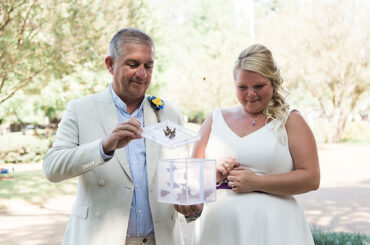 Lyndsey & Martin: Butterflies in the Sky 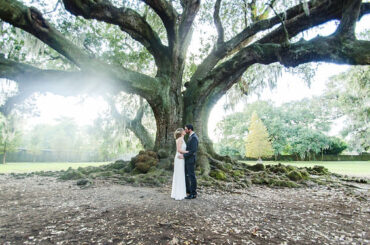 The Tree of Life: Kaitlyn & Daniel 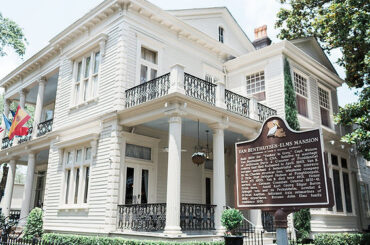 Taylor and Ryan: Tropical Paradise on the Avenue